Each year during International Women’s Day, we talk about women who have promoted gender equality and who we admire.
However, we’re also reminded that there is so much more work to be done.

Where are women on the long road to equality?

Let’s look at some data.

At this rate, closing the wage gender gap will take 202 years.

This year, in keeping with the International Women’s Day global theme, we want to celebrate Better Balance – something that is not only a women’s issue, but a business issue, and is essential to allow economies and communities to thrive.

„Every gender disparity demands laser focus.
The Digital is an ecosystem
in which many solutions can be grown.


Europe’s tech ecosystem agrees that diversity is a good thing, but the community has a major diversity problem. Women are discriminated at every level of the ecosystem. It’s a fact: the policy on diversity and inclusion still lags.

But what do the women of Talent Garden’s think about that?


10 talented tech professionals in 5 different countries across Europe give their point of view about gender balance and share their stories. 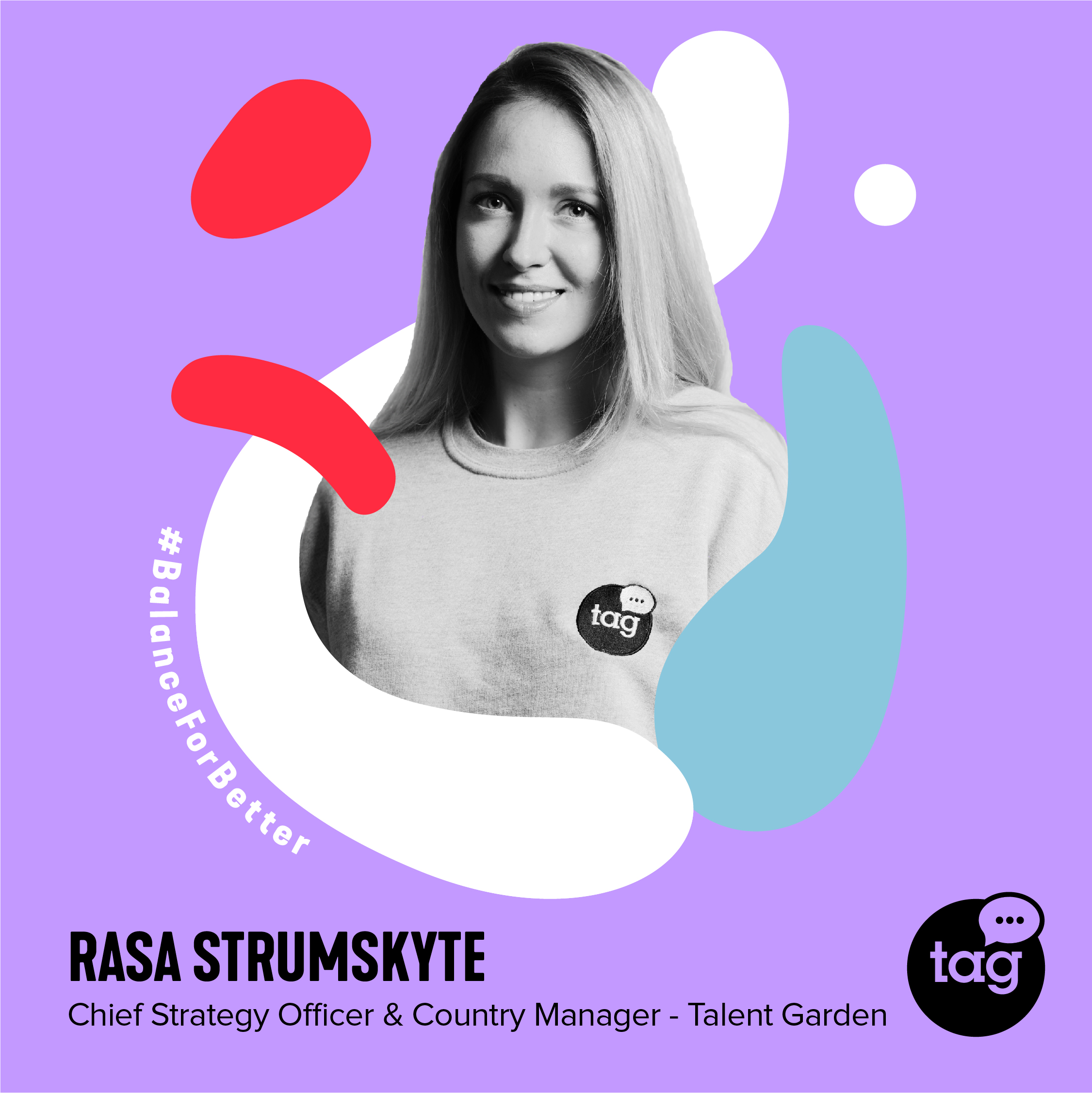 “Even if a more inclusive economy and more gender-balanced companies aren’t built in the next year or two, we must keep the spotlight on it and start to ‘walk the talk’. It is an elephant-size challenge, and how does one eat an elephant? Piece by piece. When it comes to companies, it’s important to start making things happen by taking small and measurable actions: involving women in designing leadership activities, building empowerment networks, coaching and supporting them along the way because, as mentioned, gender balance is not only a women’s issue, it’s a topic that’s important to all of us. For example, at Talent Garden, we put a lot of attention on building our company’s family-friendly policies, promoting smart & flexible working and fostering diversity-driven projects. It is essential to re-think various team designs to ensure gender balance is present as much as possible. This also creates more harmony, increases productivity and fosters collaboration. We paid special attention to this from the early days and Talent Garden’s team today is over 50% women. And the journey won’t stop there!” 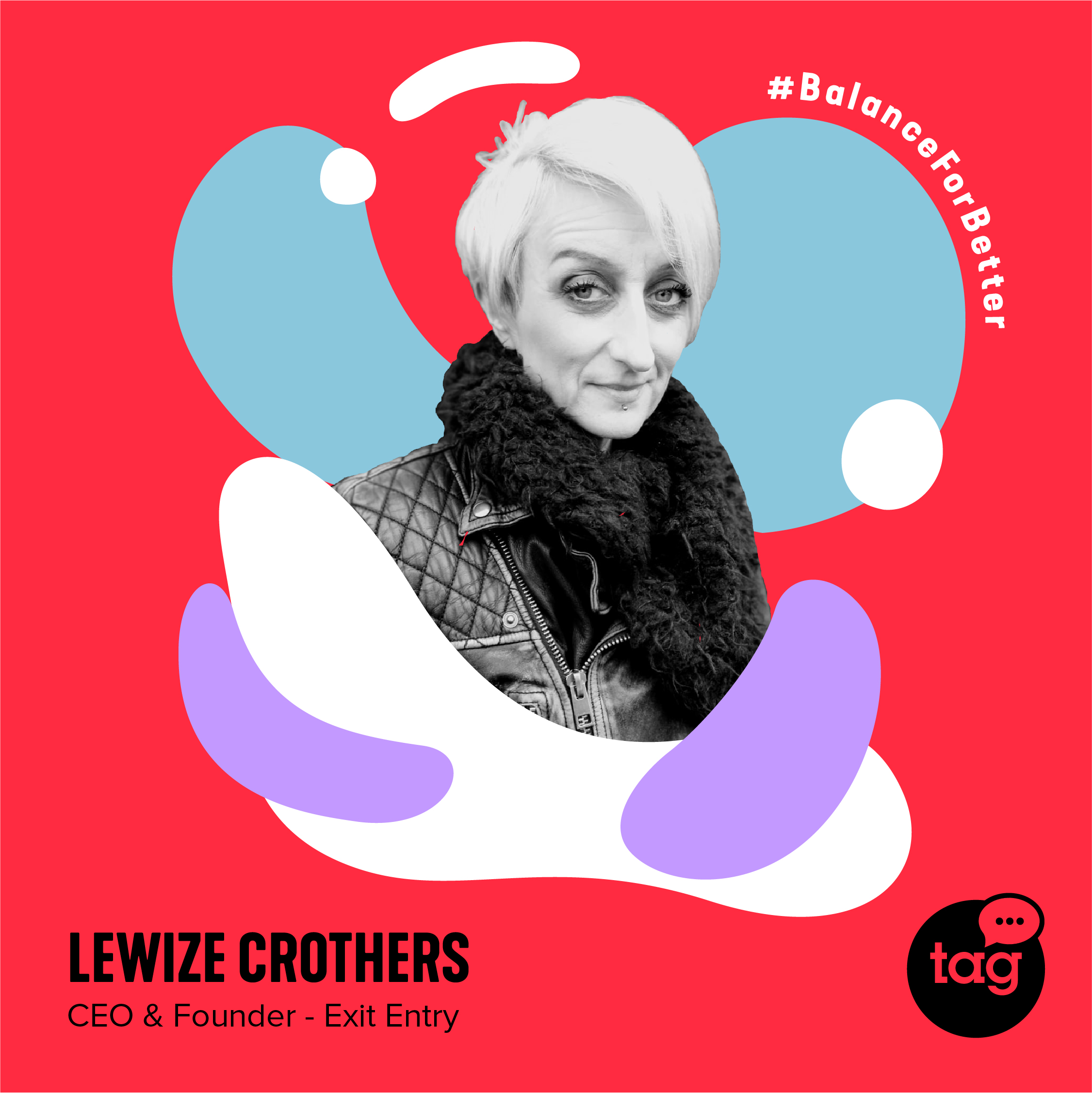 “It is our duty as business leaders, be it male or female, gay, transgender or non-binary, to lead by example – we are living in a world with diverse cultures and ecosystems. One thing is clear however, we are all equal, and we must reflect diversity and inclusion in the workplace in order to thrive as organisations. For future generations to see that we value diversity and recognise differences between people, while acknowledging that these differences are a valuable asset, is an incredibly important message to share with society and communities. My own experiences have led me to believe that I must take action and be part of empowering women and young girls, to encourage them to speak out and be heard when encountering gender violence or abuse. Having personally experienced workplace gender abuse, I know first hand the mental and physical toll this can result in. As a mother to three young boys, it is important for them to see that everything is possible and that the world they live in is created by a collective achievement and hard work by all – be that male, female, gay, transgender, non-binary or any human being. We are not defined by our sexuality, we are defined by the lasting impact we leave on society and people’s hearts.” 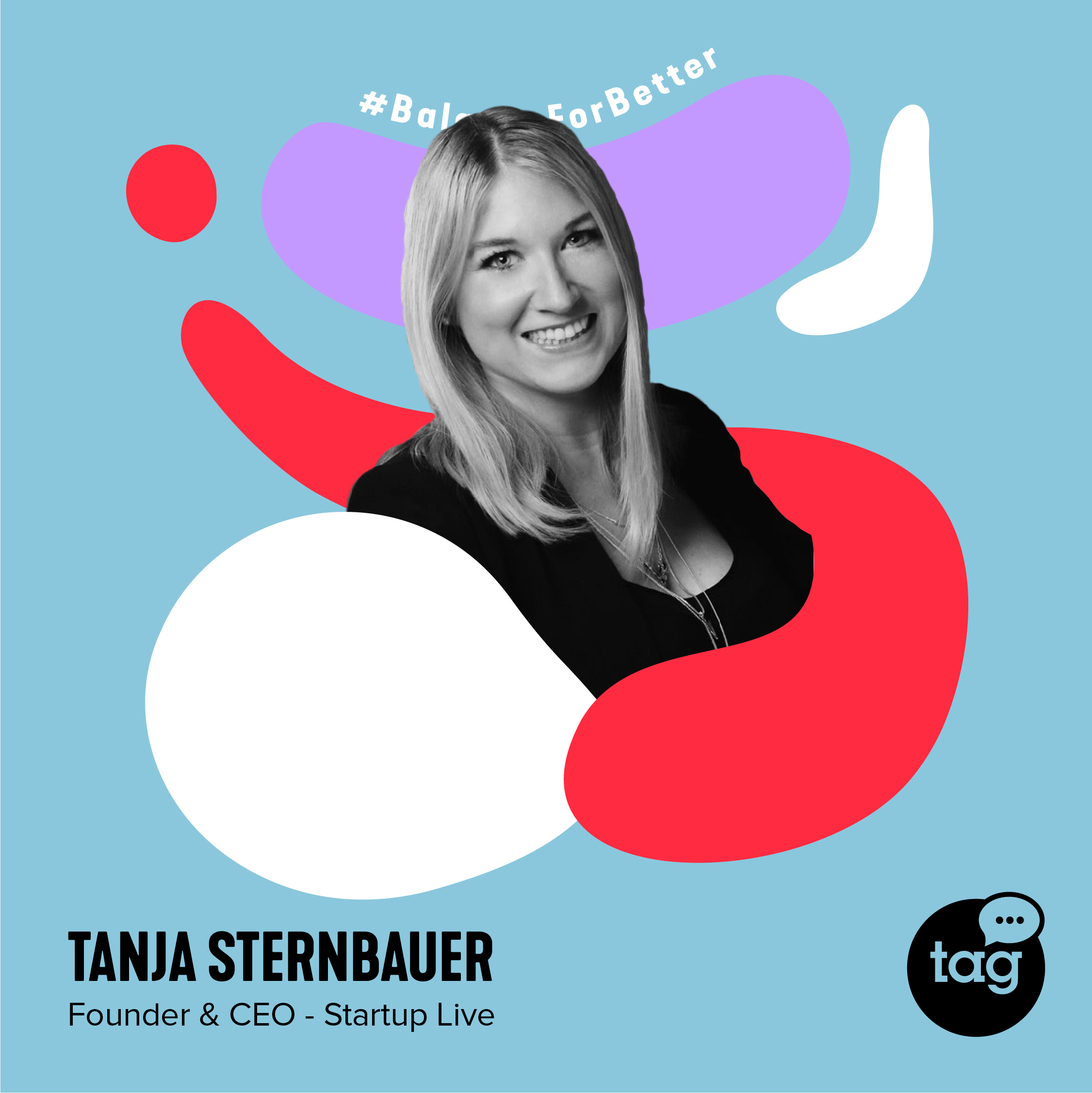 “Diversity is key for every organization and it’s not only about gender. I’m privileged, as my mum raised me in a way that manifested a mindset in me: I believe I, as a woman, can do anything I want and achieve all the goals I set for myself. So, while growing up, and also now in my business life, I never doubted that I could do something just because I’m a woman or because I’m quite young (back then when I started ;)). I truly believe every single person brings different strengths to the table and, therefore, opportunities to an organization. To give an example: one of my co-founders has Persian roots, and I’ve never met a better salesperson – someone who is also super warm-hearted and aims to create win-wins for all parties involved. In both of my organizations, there is equal pay for everyone, depending on their experience and roles, and all team members have their own area of responsibility based on their strengths and interests. My main aim is to offer as much flexibility as possible when it comes to time and location, which is obviously great for mums and dads, but also for young talent who are eager to explore the world while making an income.

Additionally, in my role as a female CEO, I’m fully aware of the challenges we, as women, are faced with at some point in our careers. Often it’s only our own mindset which is limiting us – that is why we are motivating and enabling all of our team members to participate in our own masterclasses that focus on different soft skill topics like negotiation and sales, but also on how to master doubt and fear. Eventually, it’s all about respect for each other, paired with a growth mindset.” 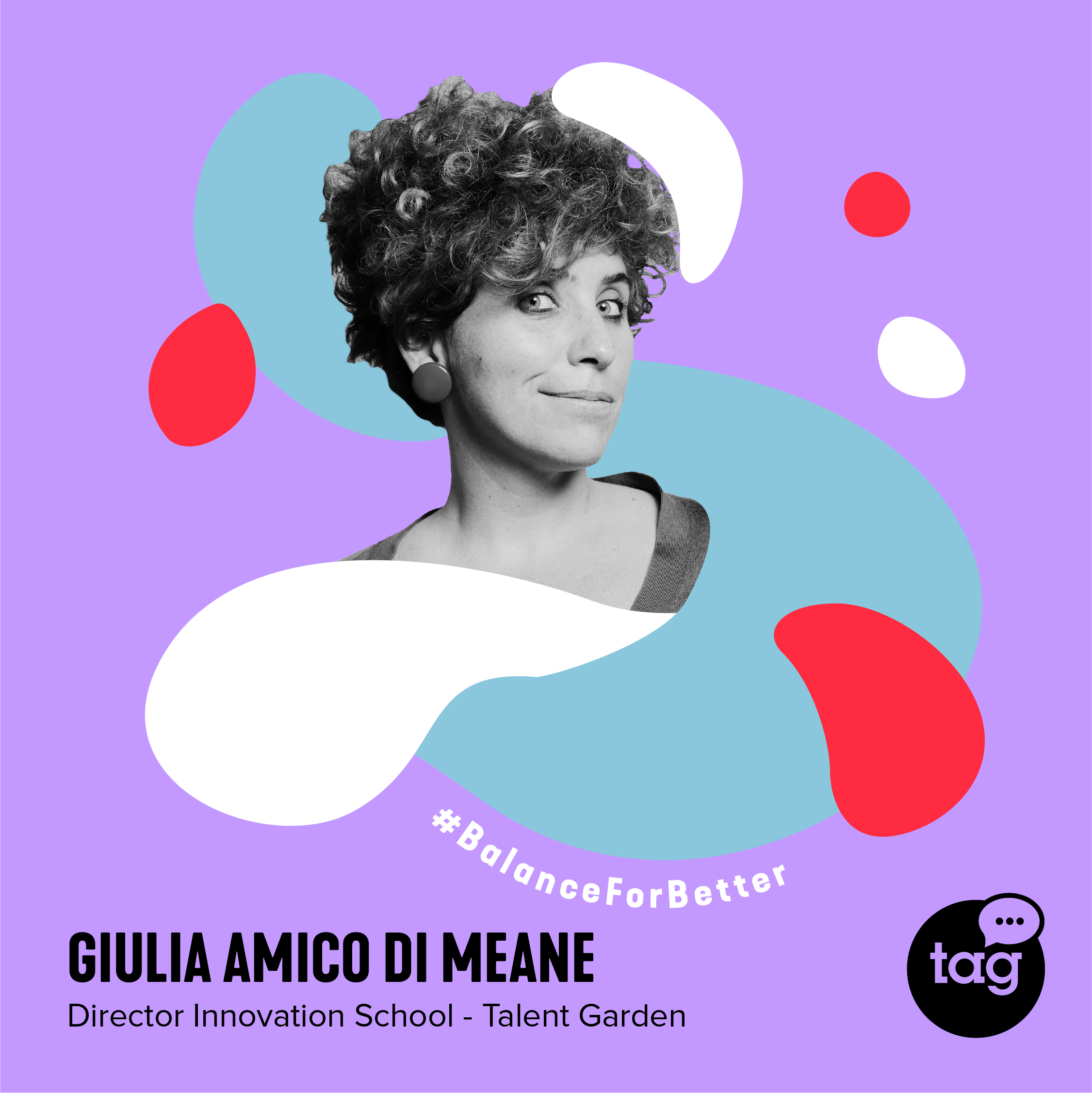 “The starting point is very simple but often forgotten. Men and women are equally human beings, but with different characteristics that are also the main source and the beauty of their relationship. Who said that we must be identical? Denying diversity, intended not to be an attribute of superiority but rather as particular characteristics of identity.

I believe is a dangerous derivation of the instrumental political debate of contemporaneity. The discourse is valid for the sexes as for culture and religions: Europe is diversity and only recognizing it and enhancing it can be truly united. To return to the work plan, what has happened to meet are the managers who, to be such, emulate expected male. I’ve always felt I say ’sure that you’re a woman with attributes‘. It is always I deeply hated this sentence. Empty and meaningless. I am a strong person and I am a weak person. The two things are part of the person and have nothing to do with gender. That’s why I believe that we are women we have the responsibility to fully live our femininity and our being a manager who by nature is very different from the male one. We are different and this is a great wealth! Have I ever been discriminated against as a woman? No, in my career I feel I have always collected what I sowed, separated from my gender.”ù 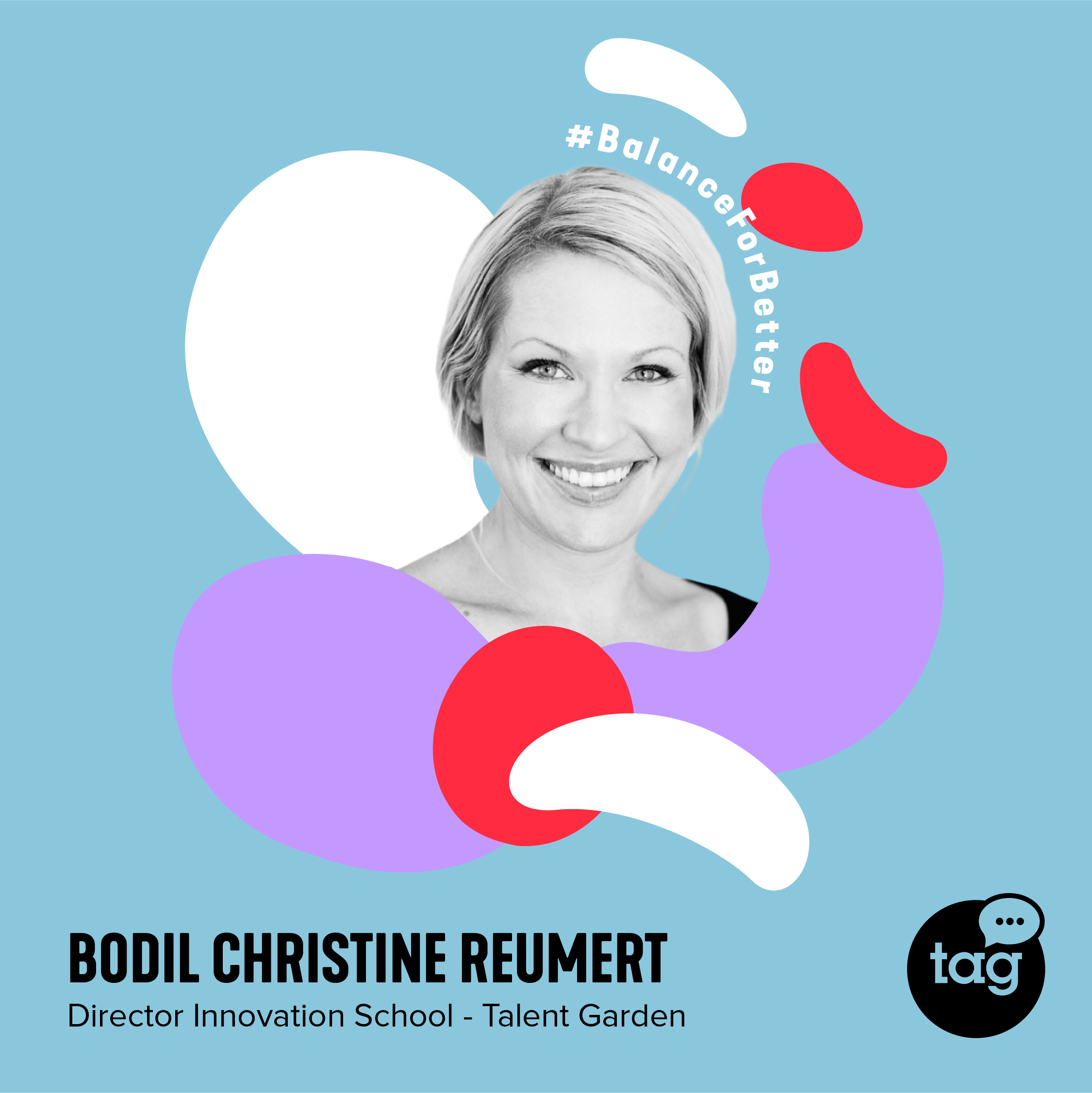 „The future is female’ is the title of the latest book I’ve been reading. Basically, it means that feminine values and female leaders will play a significant role in the near future. Many companies working with tech and lifestyle are implementing more female leaders and values into their innovation strategy because it will have a major impact on society, companies, consumer behaviour and work-life balance. It’s important to balance gender in all aspects – we need men and we need women, in order to create a balanced world. We need to live in harmony where both masculine and feminine values are respected and considered in all aspects – remember that female leader might use masculine values and male leaders sometimes thrive the most using feminine values. I now work in a very modern workplace where gender balance is not an issue. However, my previous workplace was completely different – it was a male-dominated work environment, which resulted in some sexual harassment between some of my colleagues – it was necessary that everybody was speaking up, and everybody did.” 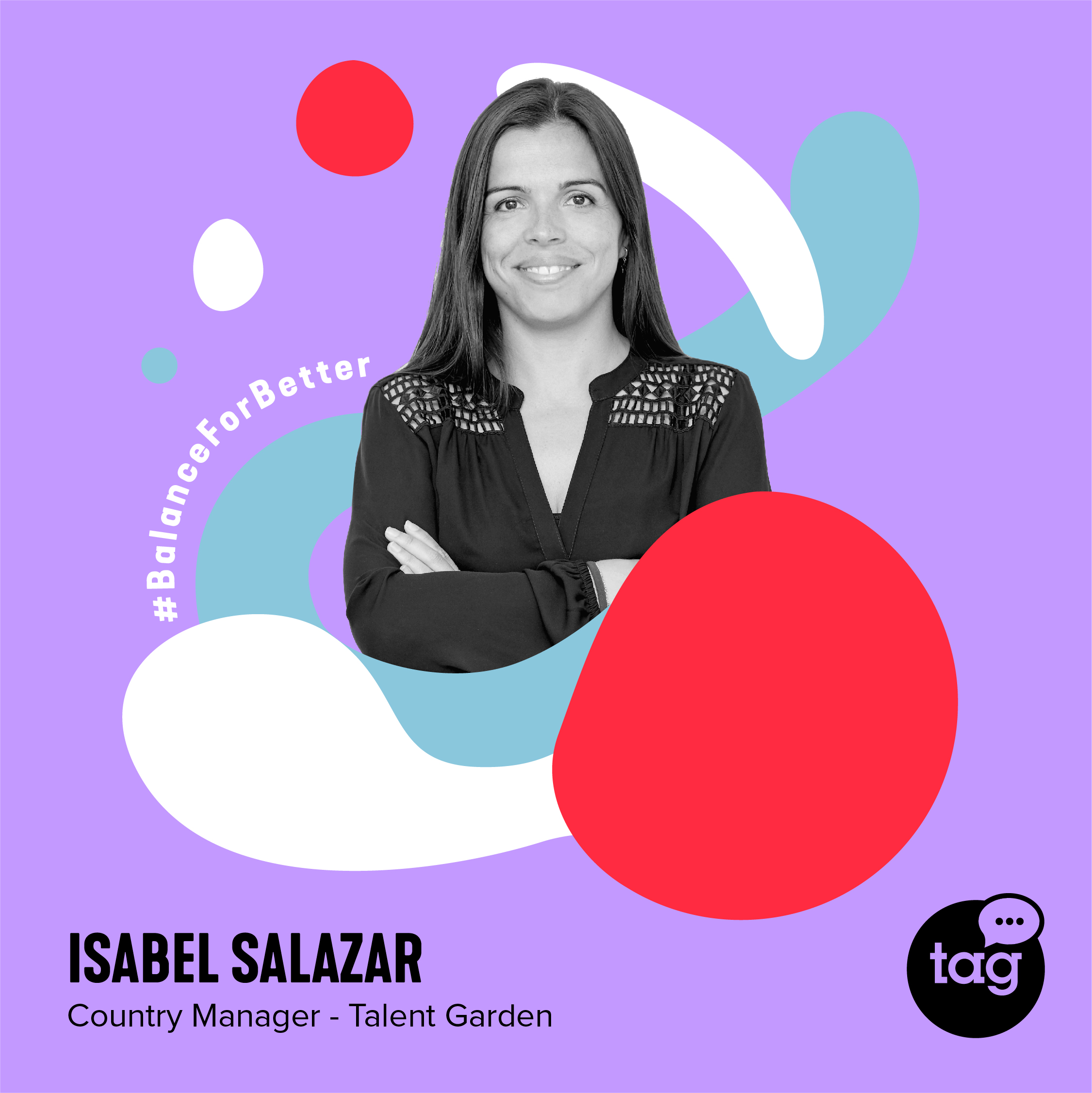 “I reckon we should all strive to achieve a better balance so that women are better represented in all areas. Education plays a key role here – some researchers state that young students decide their career path at the age of 12, and most young girls decide at this age not to go into STEM careers. Supporting children at an early age is key to fostering a future with more women at all levels. For instance, whenever I have a new job vacancy, I want to receive the same amount of female and male candidates and I ask recruiters why this is not the case – just questioning ourselves about these minor details can help to raise awareness about the subject.” 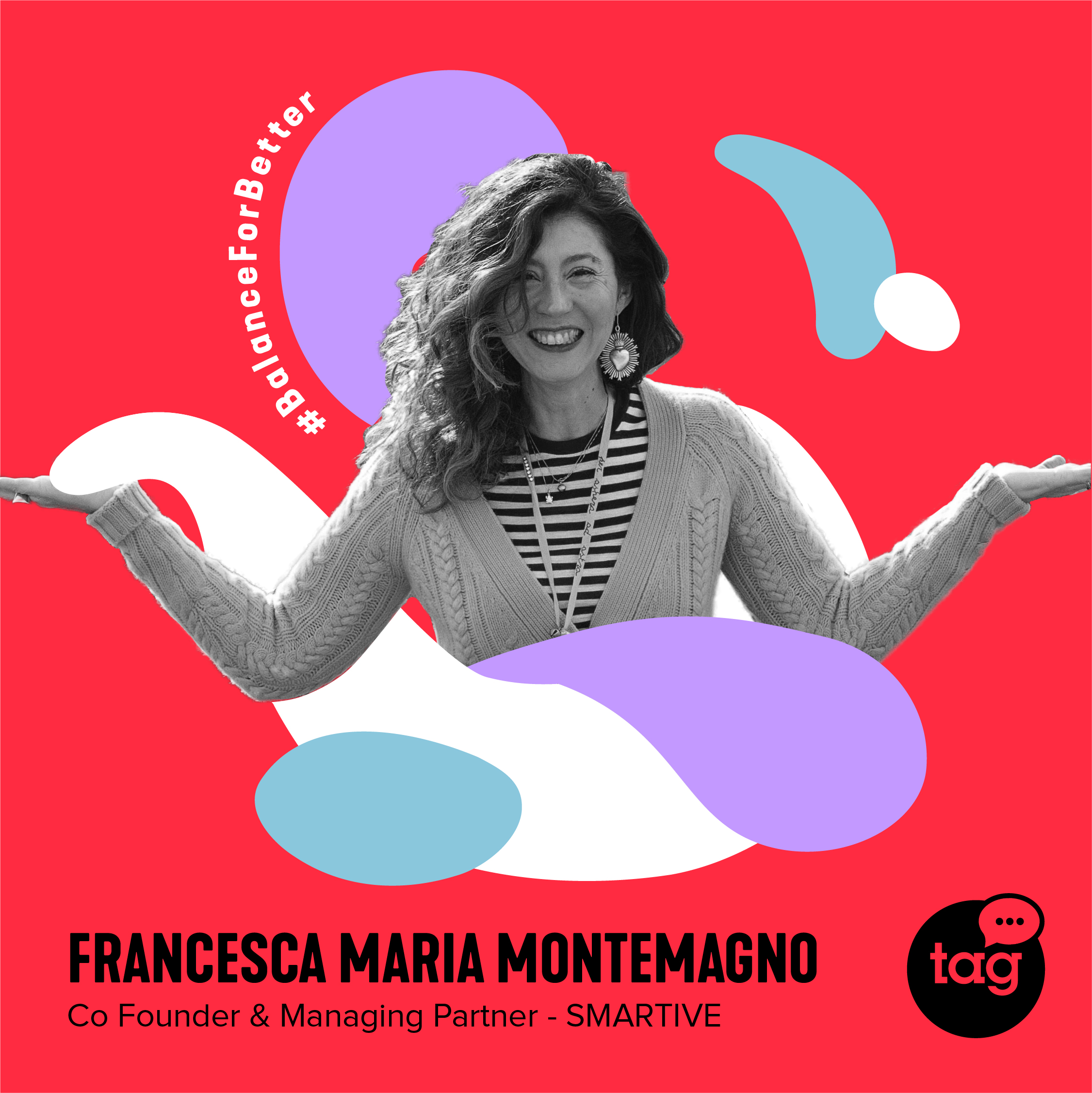 “I strongly believe in gender parity. It is not just a women’s issue – it is about society, it is about the positive effect of diversity on organisations creativity and productivity. I am President of an Association that fights for gender parity and for communication without gender stereotypes to overcome the gap. Show, don’t tell, and always show with a positive attitude how everything could be better and effective if shared among genders and generations.” 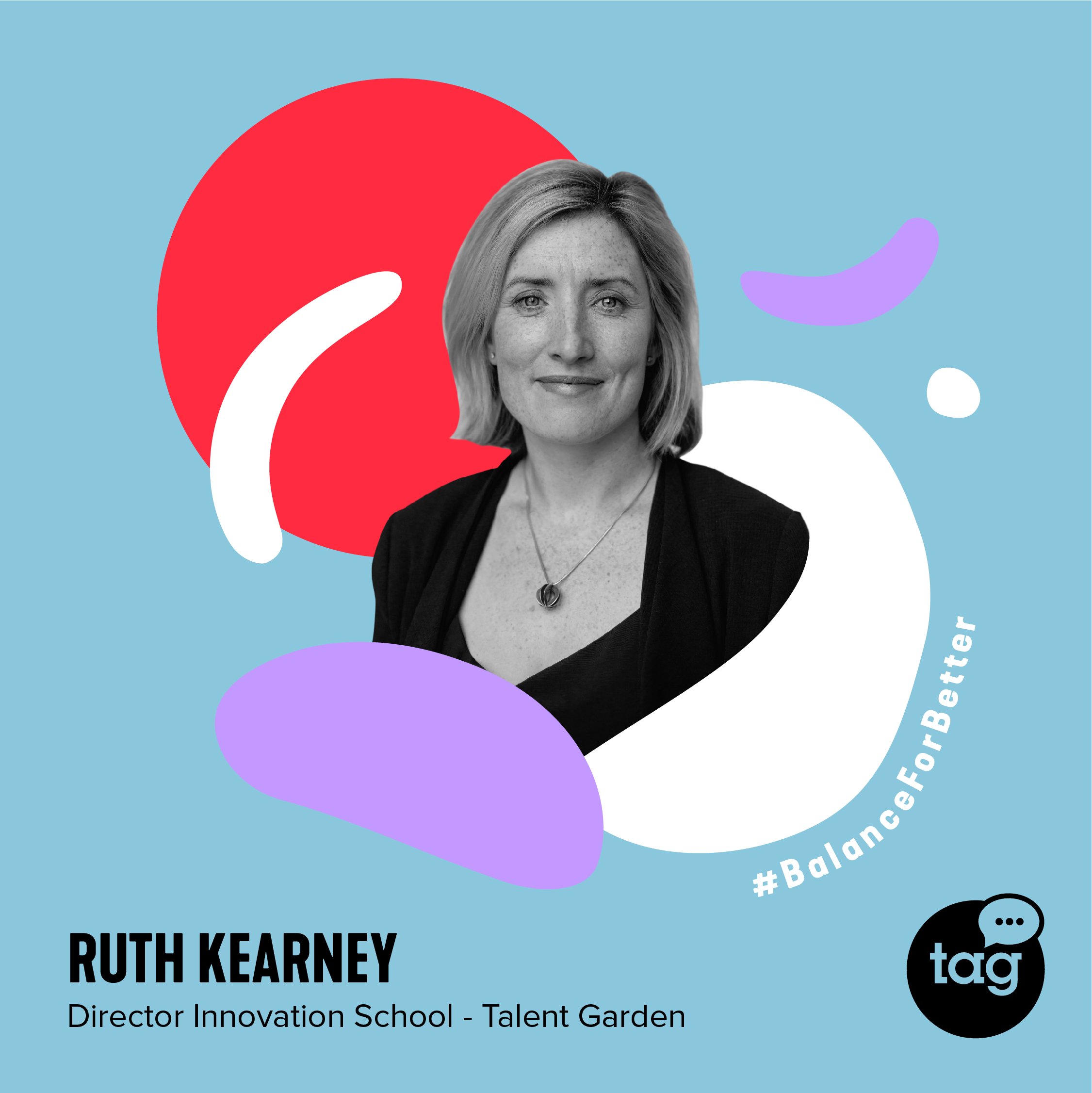 “Gender balance is essential for economies and communities to thrive and research has long indicated so. Diverse teams make more economic, social and cultural sense and balance is in the interest of everyone. Fortunately, throughout my career, I have always had strong mentor support and have not faced any real issues, but I have always been very aware of the challenges in education, business and technology. From very early in my career, I have been in a position where I could have an impact on balance and I have always pushed for it where I could. For example, in DIT I created a speaker series called “Be Inspired. Be an Entrepreneur” and I was determined to have strong female speakers on board. In Trinity College, I developed the first government-funded Springboard Returners programme, facilitating individuals (mostly women) to return to work after a career break. I am also actively involved in mentoring mid/senior level women and men looking to accelerate their career and get to the next level. These are all small steps in the right direction and they give me great satisfaction. We need to keep supporting each other – personally, I advocate and push for balance in the course cohorts, which also makes for better learning. I seek out balance among our teacher network, panels etc. and I make sure that there is a balance within training, open days and events as much as I possibly can.” 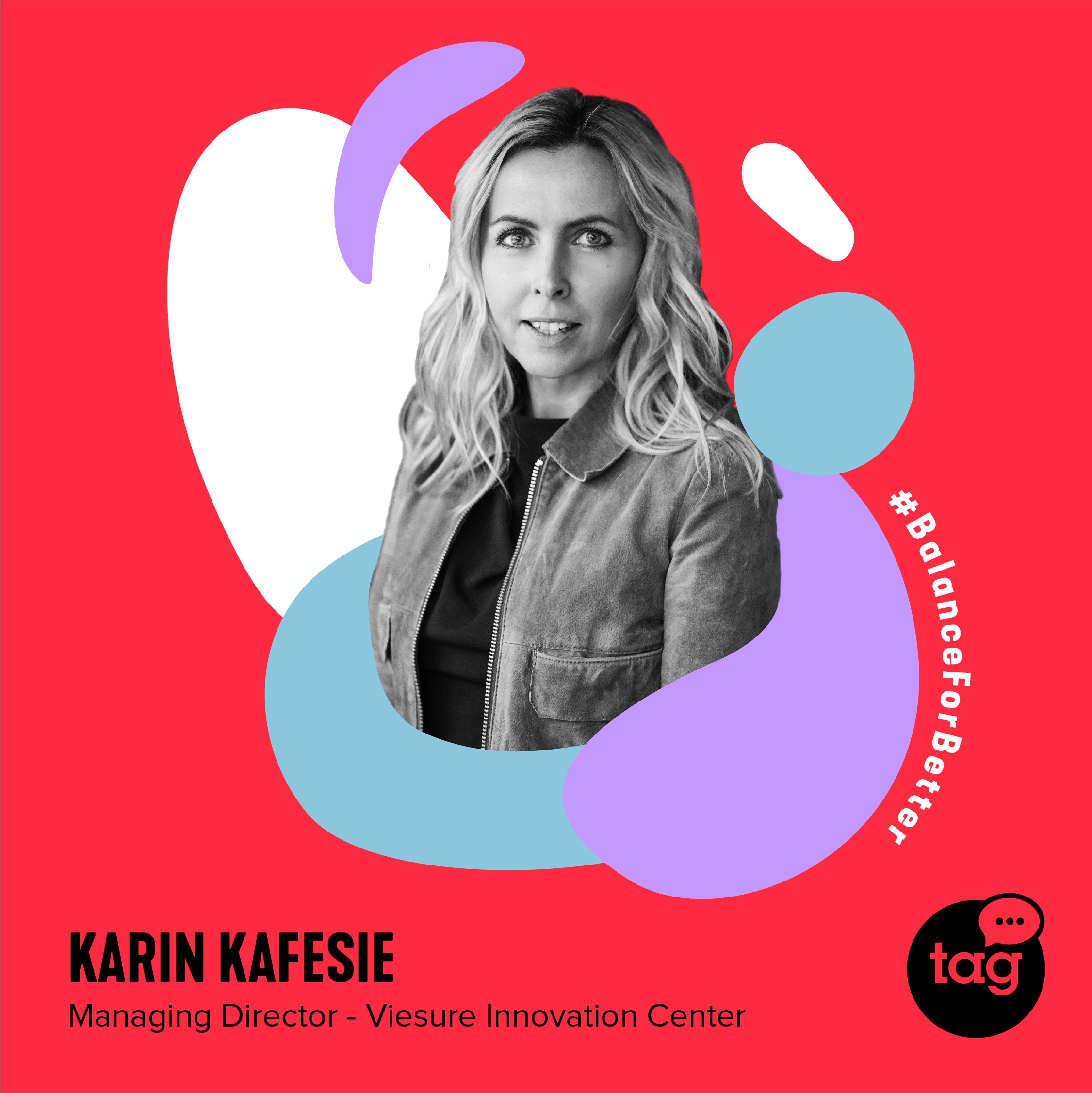 “Being successful is not a question of gender. Imitating masculine behaviour won’t work. The crucial thing is to be authentic and passionate about what you are doing. Women can be strong leaders and, therefore, become huge assets for any company. By providing them with the opportunity to take leadership responsibility, they often make a difference. Just make female success stories visible and do not tolerate any prejudice thinking.” 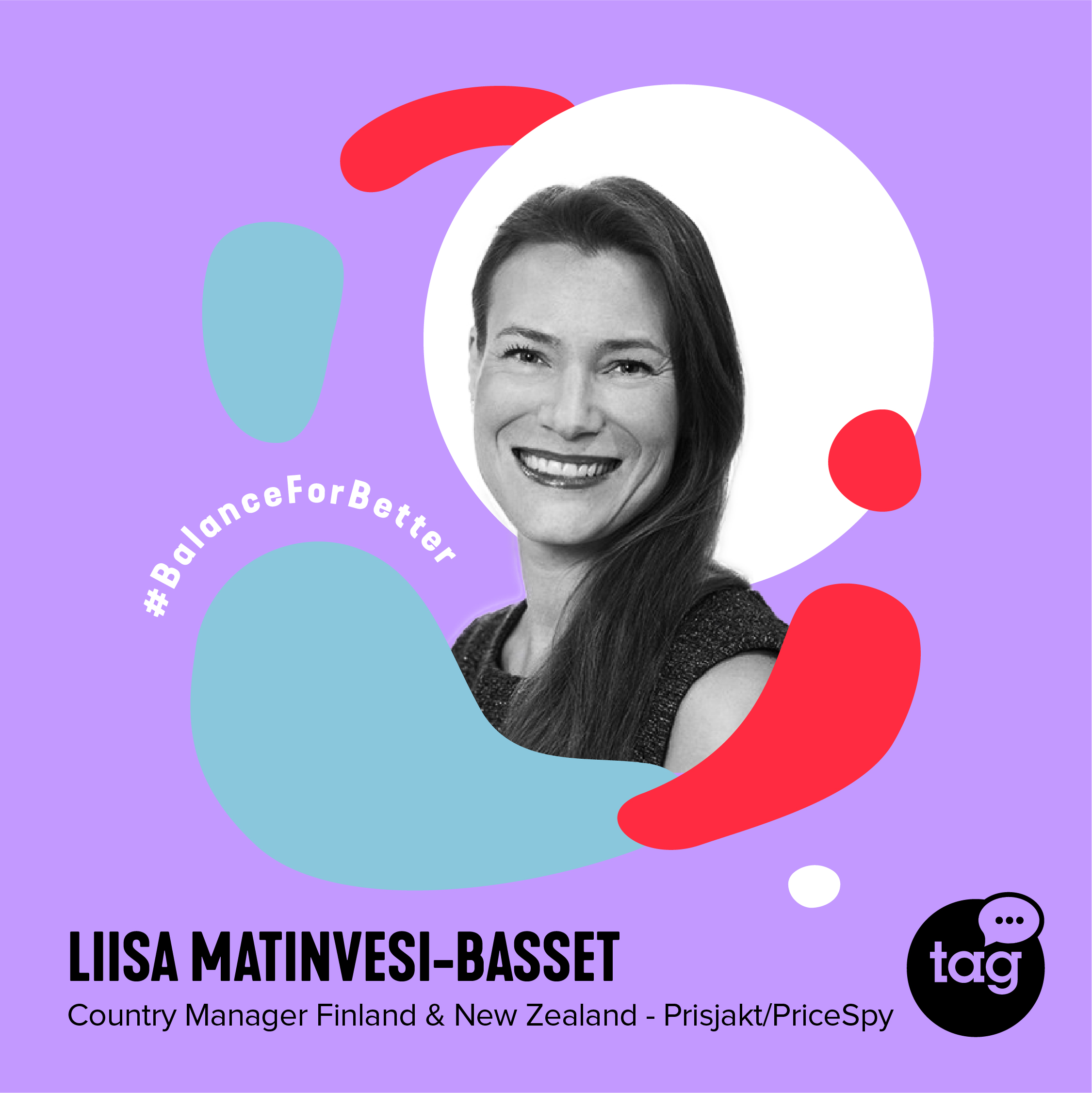 “I am lucky to be employed by a Swedish company where gender equality is better than the global average. The Swedish approach to gender equality is forward thinking and also reflects the whole society by promoting a healthy work-life balance. By my experience, Sweden is the most gender-equal society out of the Nordics. Women and men are treated equally in the workplace and childcare responsibilities are more equally divided. Nevertheless, differences still remain even in the most gender equal countries, in the pay and in the proportion of women in top positions. Since the start of my career about 15 years ago, the change has been positive for gender balance. Now, many European countries have laws that require that boards have 30-40% gender diversity. Last year Iceland made it illegal to pay women less. #MeToo has been a fantastic example of how women across different nations are calling for change. International Women’s Day is an excellent day to discuss gender diversity issues. It’s a chance for organisations to tell about their plans to drive change in this area. So, balance is not only a women’s issue, gender balance affects society positively and also its businesses and economies.”

Together, we can create a more balanced world. #BalanceforBetter