A complete guide to Game UI 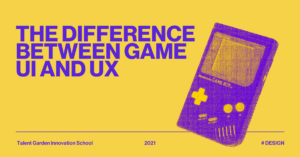 Videogames are complex systems that manage to “work” well only if all their parts are perfectly tuned and cleverly designed to be truly engaging. Game UI (user interface) is – together with game UX (user experience) – one of the fundamental parts of a videogame. In short, it’s everything that allows the user to interact with the game: the interface together with any component that players can use to navigate, find information and accomplish their goals.

We are speaking about everything from buttons, sliders, maps and menus but also how these elements are displayed and where. A UI designer must create all these different elements, plus decide on their look and feel. Are they colourful, noisy, eye-catching or are they subtle, minimal and non-intrusive? Are they part of the game or visible only to the player? Etc. So there are many choices a good game UI designer must make, and the success of a game often depends on these choices.

Difference between game UI and UX

Even though they are often and incorrectly interchanged, game UI and game UX are not the same thing. An example is probably clearer than a thousand words, so let’s think about a car: the UI would be represented by all the things that allow us to control and interact with the car, like the steering wheel, the dashboard, the brakes, the pedals, etc. While the UX is how you feel when driving that car. It’s how the controls are designed to be easy to reach, how the dashboard is displayed and easy to read and the smooth sensation you feel while driving the car.

In the same way, a game’s UI concerns everything that allows the player to interact with the game (interface, controls, messages, icons, possible actions…) while the UX is about how the player feels while playing the game. So UX is, in a certain sense, a consequence of UI even if it’s not limited to that. Building the right UI for a game is therefore absolutely essential for its success, and so it’s very important to choose the right kind of game UI, one that fits perfectly with the experience and the narrative of the game.

When you play a game you are immersed in another universe and following a story that exists there. You act inside the game (through your avatar) but you are at the same time separated from that universe, on the other side of the screen. UI elements may be present inside the game (so they are known not only to you, the player, but also to your avatar) or outside of the game (they are visible only to you, the player). At the same time, they may be part of the game narrative, or they may be just external elements. And of course you can have a combination of these characteristics.

Spatial elements may appear inside a game as hints for the player, of which the avatar is unaware. For example, in the game Life Is Strange, textual hints appear when you approach specific objects. Lastly, meta elements represent some sort of subjective point of view, for example if the avatar is injured, you as a player may experience blurred vision. A good UI effectively combines all of these elements according to a game’s circumstances and approach.

Want to be a Game UI designer?

The UI is the heart of a game, it’s what makes a game playable and enjoyable. Of course the story and the rhythm are fundamental but without a good UI, you can not be fully immersed in the game world which is essential to the experience.

So developing a good game UI is not an easy affair and it does require some previous experience in fields such as graphic design, art direction, web development, web design…areas in which you have to deal with the ideation and setting up of complex interfaces. If you do have some previous experience and want to experiment in the field of interface design and of game UI, the UI Design Master by Talent Garden may be what you need. It’s a 120 hours course specifically designed for professionals who want to build up their competencies in this super exciting field. It can provide you with all the skills you need to successfully plunge into the game UI design universe.

Want to know how to become a UI Designer? Discover our Italian UI Design Master!