What is GA4, how it works and why to use it

If you are a regular user of Google Analytics you will have probably noticed that a little over a month ago an alert appeared at the top of the platform inviting you to migrate to Google Analytics 4 (GA4, in short), because as of 1st July 2023 (October for GA360) Google Analytics Universal (GAU) will stop collecting data.

Google Analytics 4 has its roots in Firebase Analytics, a tracking system of a platform acquired 8 years ago by Google, and which has become Google’s flagship solution for developing apps.

GA4 has been subjected to several name changes during its development. Some of you will probably remember it as Google App + Web, but its heart remains Firebase’s tracking model.

The update to GA4 derives from the changes in the use of content which have occurred in the last 20 years: we have gone from Web 1.0 of static content (for which the pageview denoted the actual loading of page, and the concept of session represented very well the user’s real browsing) to Web 2.0 (with dynamic content and single page applications in which pageviews and sessions began to lose their meaning), to finally reach Web 3.0 where the fluidity of navigation between different devices, and the symbiotic interaction of apps and websites undermined the session.

GA4 therefore aims to measure web and app browsing, in accordance with the dynamics of Web 3.0.

To analyze the differences between Google Analytics Universal (GAU, in short) and GA4 we must start from the Measurement Protocol, or rather the structure that describes how data must be sent to Google’s servers, which switches from GAU version 1 to GA4 version 2.

Each atomic analytic interaction is sent as a hit.

In Measurement Protocol v1 there are 5 different types:

In Measurement Protocol v2 we only have events.

All interactions traceable in GA4 are therefore an event, regardless of their content: a click, a conversion, or a display of a content are all treated in the same way.

Events in GA4 can be grouped into several categories:

The differences between the two Measurement Protocols do not end there: the structure of the old events with category, action and label no longer exists. Instead, a traced event can go up to 25 arbitrarily-named parameters, in its place. Google suggests the use of encoded fields to simplify and enhance data collection (for example, to automatically recognize e-commerce events and parameters).

The new event tracking model marks a major paradigm shift in data collection and analysis, with the weakening of the concept of session: we no longer have sessions that end and restart at the change of campaign, or at the stroke of midnight, but in these cases, we are going to have a single structure. Metrics such as the conversion rate also disappear, instead engaged sessions are introduced, which include at least one of the following prerequisites:

The session loses its significance and instead, individual interactions and a more dynamic view of browsing, that increasingly involves moving between apps and the web, gain value.

Why to use GA4

GA4 therefore becomes the best tool for measuring the interactions of users browsing apps and websites.

So, what are its strengths?

However, GA4 has some drawbacks. In fact, Google is seeking to bridge these gaps in step with the different releases:

Based on the weaknesses of GA4, if you already use GAU to run analysis and collect data, we recommend preparing for migration by setting up parallel tracking.

In this way, we can become familiar with a new way of collecting and analyzing data, and to have a data history ready by the time GAU will no longer be active. At the same time, we recommend report creation on Explorer, DataStudio, or other data visualization tools to compare the volumes and differences between the two Measurement Protocols. 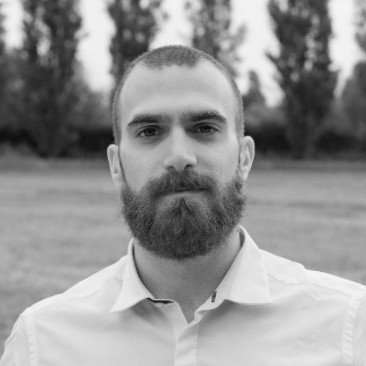 Gabriele Iavazzo is a network security engineer and ByTek’s Digital Intelligence Consultant. He started his journey in the digital world in 2017 and has never looked back. He is a teacher for Talent Garden’s master’s program in digital marketing, and when he is not focused on the more technical issues of his job, he can be found hiking and ice or rock climbing in the mountains.