Data Scraping is an extremely wide-ranging subject that covers several contexts, from content optimization for search engines to market analysis, or from business strategies to cyber security. So, let’s try to understand what this set of techniques consists of, and in which areas it can be used for data valorization.

Scraping: what is it?

In its broadest sense, Data Scraping is a process through which an application extracts information from the output generated by another software. In the specific case of the Web, Scraping consists of gathering data from website pages, classifying them according to their features, dividing them into categories, and storing them in a database. An example of Scraping can be made by referring to search engines. Platforms like Google, in fact, constantly crawl the Web through software called crawlers (or spiders) that operate automatically for content identification and analysis. User searches are made on the basis of text strings containing keywords and, since Google‘s purpose is to provide answers as precise as possible to these queries, its crawler extracts texts or portions of text from websites, in order to have useful data with which to propose results. The latter are suggested through the SERP (Search Engine Results Page) and positioned on the basis of different criteria, such as their relevance, quality from the user experience point of view and the reliability of the source, with which the data obtained through Scraping are enhanced.

Illegal use of Scraping

Scraping is not always a lawful activity, just look at the case of data extraction activities aimed at the unauthorized content duplication. In situations like these, the outcome of these techniques can go as far as violating copyright, especially when the latter is not mentioned and his work is reported completely in part for profit. Scraping can also be at the center of malicious actions aimed at stealing useful data for phishing campaigns, identity theft and other cyber attacks. For these reasons, in the past, social networks frequented by a large part of the world’s population such as Facebook and LinkedIn would have been at the center of Scraping activities with the data leakage that belonged to hundreds of millions of users. Making the issue more concerning is the fact that in order to Scrape a website, it is not necessary to violate its database, but it is enough to crawl its publicly-available pages. The web Scraping software is also not considered illegal, and it can be used for Data Analysis activities. Given that, it is however worth highlighting that the GDPR, that is the general data protection regulation in force in the European Union, also considers the access to personal data as “processing” and Scraping techniques must therefore be used taking into account all regulations with regard to privacy protection.

Scraping is, by its nature, a Data Driven process and so are the companies that use it to define their commercial and marketing strategies. But what are the sectors in which these techniques are most profitable? Let’s look at some of them.

The success of the content published online is determined by various factors including the traffic they are able to generate, and coherence with current trends. From this point of view, a constant analysis of the offer proposed by other content creators and competitors can benefit. However, such a process can be very challenging when carried out manually, and that is why Scraping becomes invaluable. A very similar point must also be raised for digital marketing campaigns, often at the core of the aforementioned content creation. In order to make them a success, it is useful to know which content was the most enthusiastically received and which is the most searched for by users, thus determining a trend. To maximize competitiveness, further action is needed to help you identify the keywords with the greatest impact and, at the same time, to find new ones with high growth potential. Scraping is therefore used to extract texts or hashtags published on different platforms, group them into categories and subject them to keyword extraction processes, in order to include keywords to be in your content as well as in advertising campaigns.

Another area where scraping is widely used for business decisions is pricing. Above all, companies that sell highly competitive products need to know whether the prices charged are competitive or whether they need to be revised, in order to ensure the right balance between remuneration and market parameters. In this case, Scraping is used to identify precise data and the goal is to create an up-to-date database with which to carry out comparative analysis, useful for defining pricing strategies. An activity of that sort can be particularly useful for discount proposals, promotions and offers or in periods in which the propensity to purchase becomes stronger, such as during Black Friday, Cyber Monday or Christmas season.

Thanks to the availability of some no-code tools, today Scraping has become a simpler procedure that does not require advanced programming skills. What is behind Scraping technologies is in fact a standard called XPath, that is a language that is part of the XML family (eXtensible Markup Language) with which it is possible to identify, or rather localize the nodes in the document. It allows you to write expressions with which to directly access specific elements of an HTML page, such as a Web page, and it is therefore ideal for extracting texts. There are several tools that allow you to perform Scraping activities without having to write XPath expressions, or allowing you to integrate them when necessary. Let’s look at some of them.

Google Sheets is a tool created by Mountain View with which to create and edit worksheets. In the case of Scraping, it offers one of its most important features through IMPORTXML. 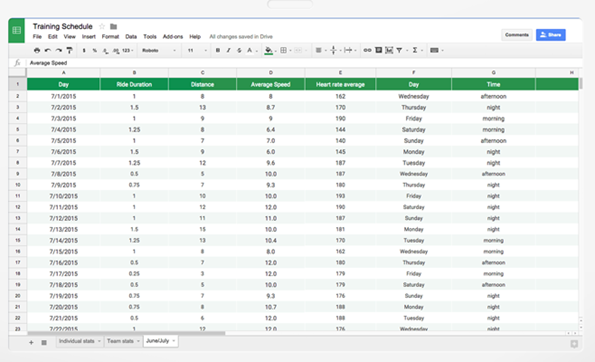 The latter allows you to import information from different formats for structured data such as XML, HTML, CSV, RSS and ATOM. Thanks to it, by using Google Sheets it is possible to import data directly from websites and create ready-to-use tables using content collected online as a source.

Scraper is a free extension of the Google Chrome web browser that allows you to extract specific portions of a webpage. The data collected in this way can be inserted in a worksheet for subsequent analysis activities. 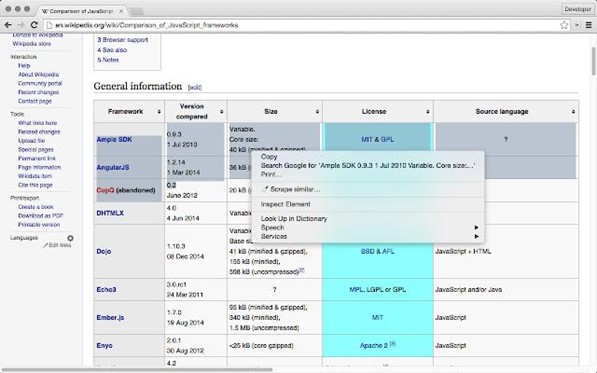 It is, basically, a solution for data mining that simplifies online search operations, and it is compatible with XPath. In this way, developers have the possibility to create scripts specifically designed for interacting with the collected information.

The user experience can be customized through XPath expressions, in its CSS Path variant which allows you to use CSS (Cascading Style Sheets) selectors to locate data, and by using regular expressions to define search patterns.

Scraping allows you to extract data from the output of applications and Web pages, through automated tools and processes. Its part in data analysis takes on an increasingly important role as it allows access to valuable information for digital marketing, SEO, pricing strategies, data driven business processes and business decisions.

Photo by Markus Spiske on Unsplash