Alternative Search Engines: what they are and why we should try them

When we talk about Search Engines, Google comes to mind immediately. The (almost) undisputed primacy for the use from Users is permanently held by the giant of Mountain View. Both in the United States and in Europe, Google is  the most used search Engine by those who need to search for information on the web.

But what are the other Search Engines? Obviously, Google is not the only search Engine available, it is only the most used one. Furthermore, many and sometimes harsh accusations stand alongside its primacy. Those accusations  are mainly  privacy concerns and the usage of Users’ data, research data and more. Therefore, we can say that one of the reasons that makes us wonder about alternative  search engines to Google is primarily privacy and data processing.

Before listing some of the alternatives for Google, let’s take a look at some data.

In Europe, Google is  the most used search Engine by Users. Although, in 2021 there was a decrease, albeit minimal, from 93.11% to 92.74%. However, we still talk about percentages close to the monopoly.
If we separate the type of searches, and also take into consideration the search for images, videos, maps and other vertical searches, available both on Google and on some of the other Search Engines (we will outline below), the data further confirm Google’s dominance in the field of web search. 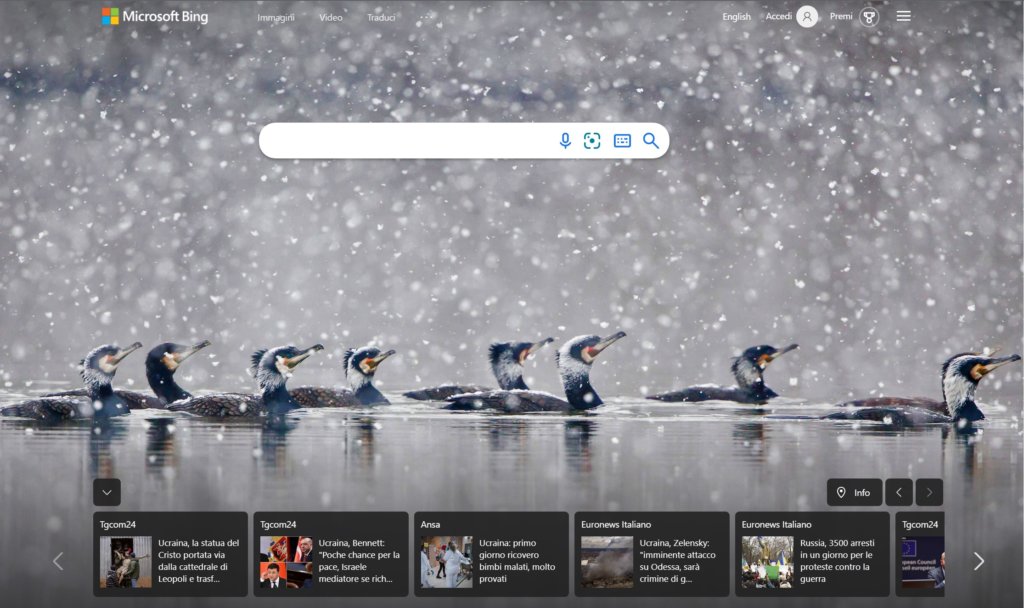 The first alternative search Engine to Google is Bing. The Microsoft search Engine, which is still the default on the browsers of PCs with the Windows operating system installed. It comes with a homepage with beautiful background images, the latest news available on the main sources and the search box, not only from the keyboard but also through voice and images.
There are countless curiosities (and myths) behind the development of Bing and the most searched words. For those involved in SEO and Web Marketing in general, it is useful to know that on the Microsoft Search Engine there is a  Webmaster Tool, which is a control panel that offers various information on the website’s state of health, through the eyes of the Bing bot. In addition, an interesting information for all Users is that on Bing there is a Rewards program, or rather the possibility of accumulating points while using the Search Engine and other related products, which can be converted into gift vouchers or to buy games and films, or they can be donated to non-profit organizations. 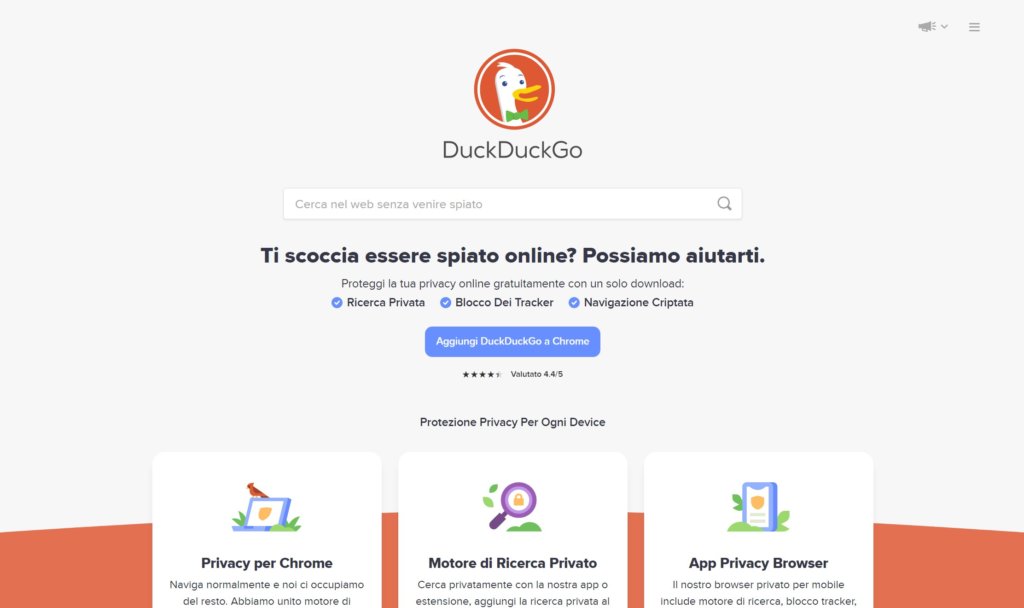 It is probably the most famous search Engine in the world in terms of privacy, even for communication since its launch. DuckDuckGo has positioned itself as the anti-Google search Engine, attentive to the privacy of its users, it does not save information from Users’ searches. It also provides an extension to search directly on DuckDuckGo for the most popular browsers. In addition to the proprietary crawler, its sources are other service websites, such as Wikipedia and partners such as Bing. Among the most distinctive features, DuckDuckGo offers the possibility to search directly on another site, by typing a simple prefix. This service, called bangs, is easily used by adding an exclamation point before the name of the search Engine on which you want to search, for example by typing “!Amazon wine glasses” you will be redirected directly to Amazon. 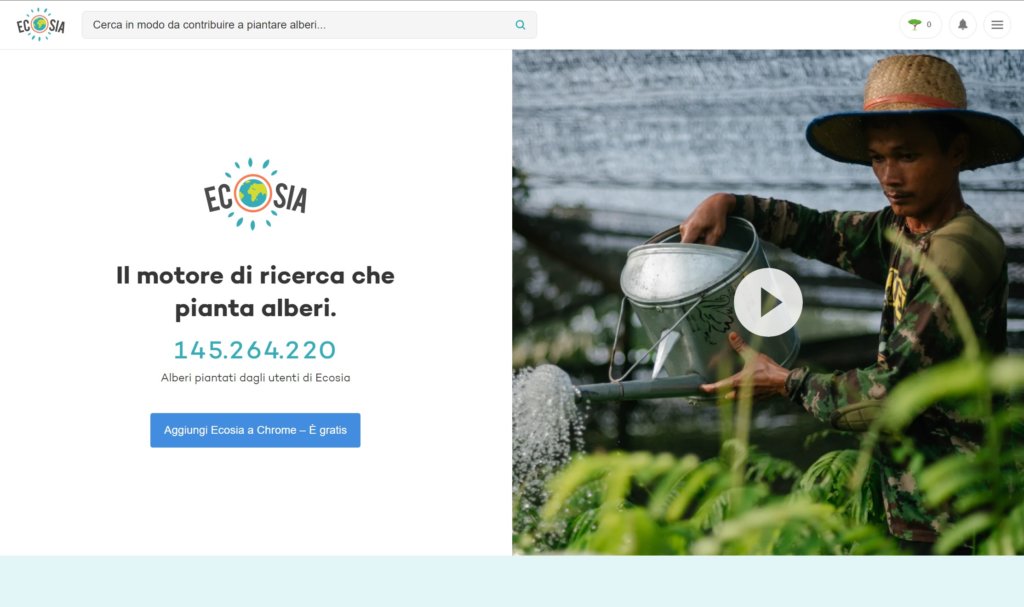 Using Ecosia as a search Engine allows you to improve the environmental impact of research on the generation of carbon dioxide, one of the main causes of pollution. Ecosia’s search capabilities are pretty basic, its results are powered by Bing. Furthermore, the company claims to plant a tree for every 45 to 50 searches. Ecosia’s servers are also powered by a purpose-built photovoltaic system.
From the point of view of privacy, the use of Ecosia is not completely anonymous. All data is in fact saved to improve the experience of its Users and deleted only after 7 days. 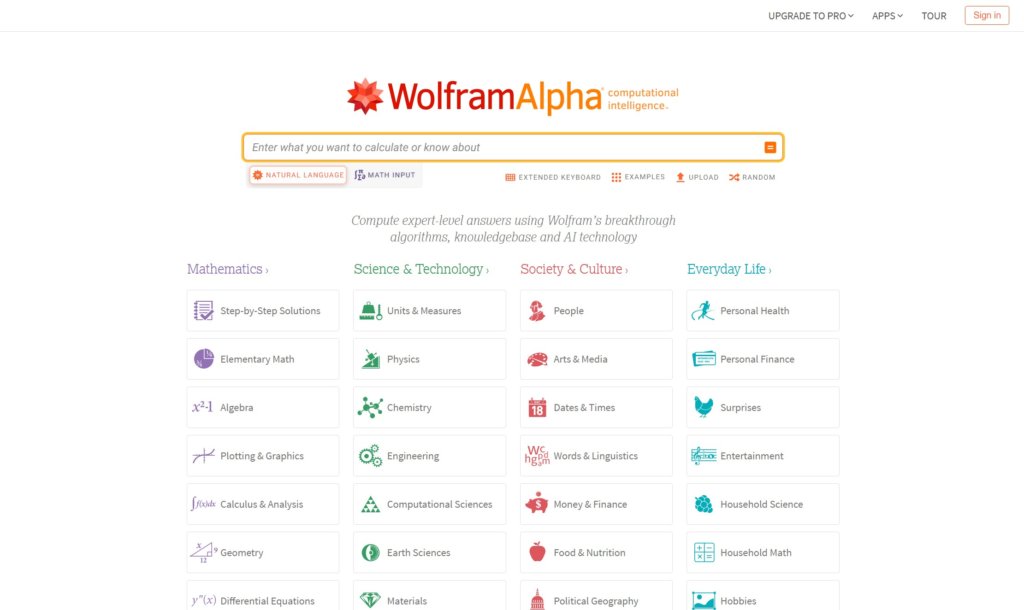 WolframAlpha is not a search Engine in the classic sense of the word. It can be considered as an answer generator starting from a keyword. WolframAlpha results are not a simple list of information from different websites, they are answers provided by the proprietary knowledge base, with the ability to expand and deepen information and sources.
From the point of view of privacy, WolframAlpha does not keep track of searches made by Users. 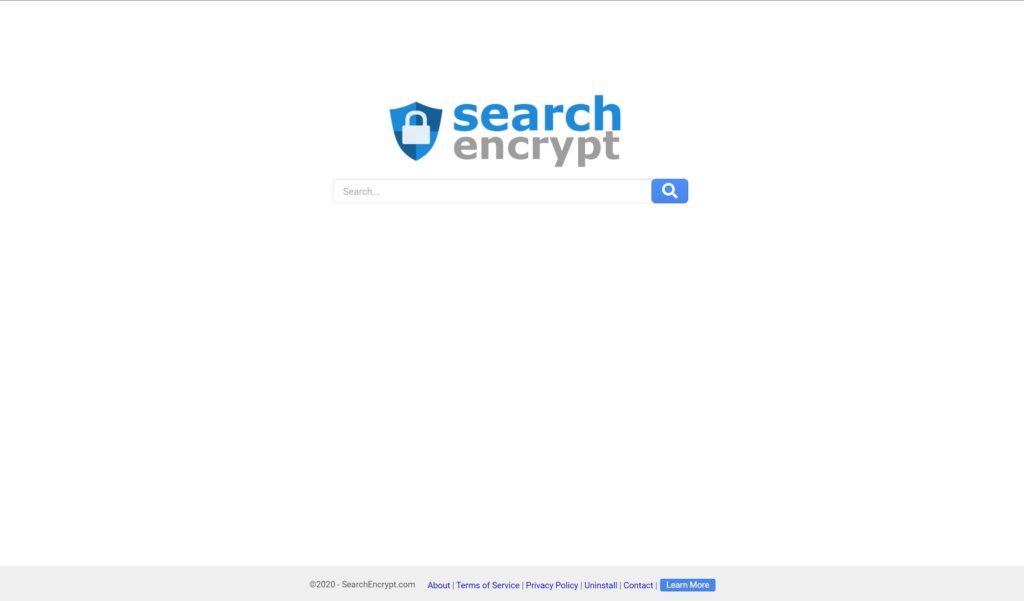 Another search Engine that focuses heavily on the privacy of its Users is Search Encrypt. Technically, it can be classified as a metasearch Engine, that is, it does not take information from proprietary crawlers but through the personalization of searches from different partners.
Searches are not customizable, Search Encrypt uses local encryption, making sure that searches made cannot be tracked. Furthermore, the data and the search history are deleted after 15 minutes of inactivity, so that they cannot be available even by any other Users who use the same PC. 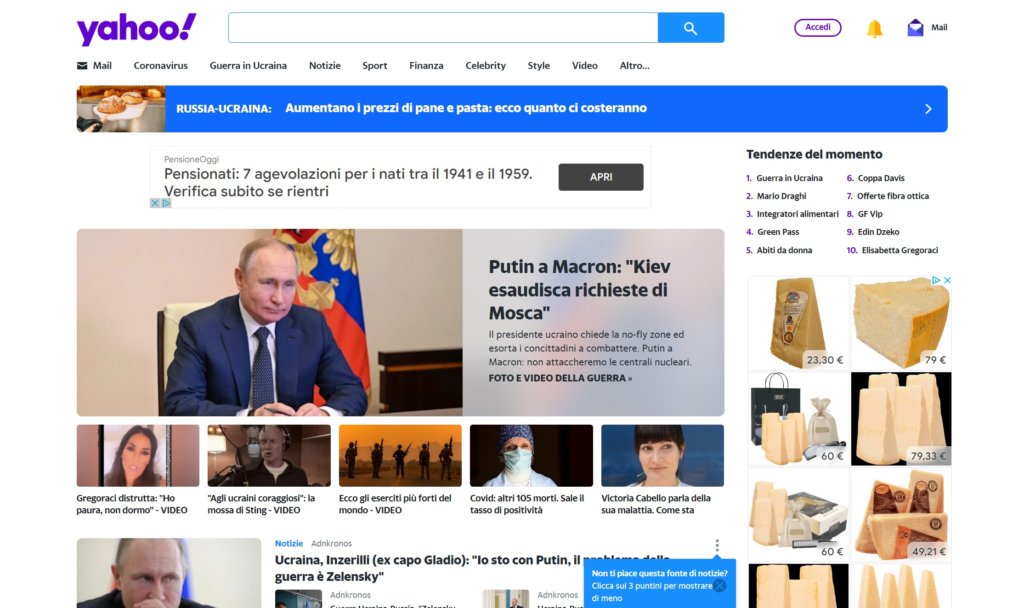 The search Engine (and not the only one) that is even older than Google. Yahoo! not only provides searches, but also a news and e-mail service, the famous Answer repository (Yahoo Answer), and Flickr, completely integrated into searches.
Yahoo! is still the third most used search Engine in the world and is predefined on the Firefox browser, and like all the other most popular Engines, it tracks all User information. 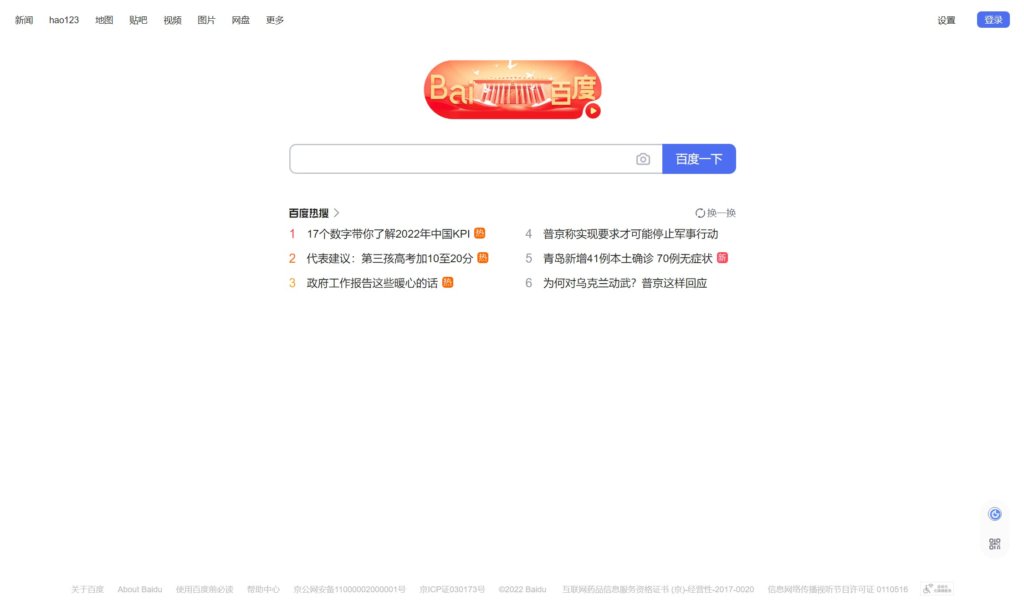 Perhaps, it is not the most widespread, but certainly, it is the most used search Engine in China, where for political reasons, websites such as Google or others from servers located outside the Chinese borders are not accessible. Baidu has a much older technology than what we are used to, and it is subject to controls and censorship by the Chinese authorities, often obscuring part of the internet.

Just like Baidu, which covers almost 70% of the Chinese market, Yandex is the most popular search Engine in Russia, where it holds about 60% and is the fifth for use worldwide.

Yandex is essentially similar to Google in terms of services. In addition to search possibilities, it also offers a cloud storage service, a browser and an app for smartphones.
From the point of view of privacy, Yandex is no different from other popular search Engines, tracking all the data and information of the Users who browse and use its services. 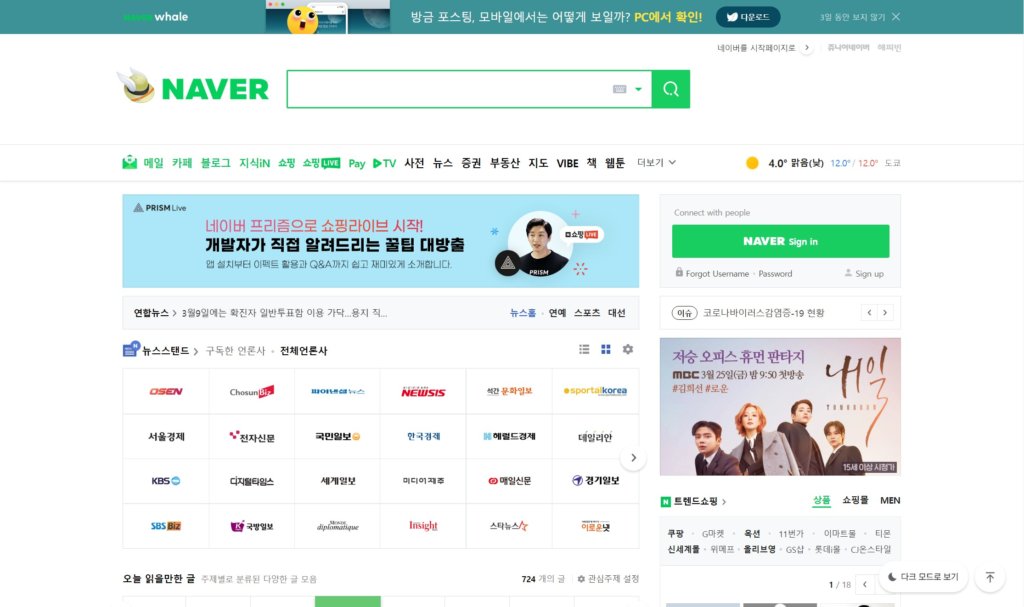 We close our roundup of alternative search Engines for Google by mentioning Naver. Like the previous ones, it is very localized and widespread in South Korea where it holds about 70% of the market. It also offers other services, such as Blog and Chat, in addition to email. It is also technologically very innovative and elaborate, and over 25 million Koreans use it as the home page of their browser.