Earth Day, celebrated on April 22, is an annual event that supports environmental protection. The first year in which this day was marked was 1970 and in the US it came as a day of protest against the harmful effects the Industrial expansion was having on the Environment. Since then Earth Day has become the most observed secular day on a global scale.

The origins of Earth Day

The history of Earth Day begins during a period of time In which the US was experiencing volatility both politically and economically.
Industrial plants, chemical factories and the oil industries were booming resulting in air pollution and environmental waste.
Unlike today, the health of the planet was not a high priority for most people primarily because they were unaware of the dangerous side effects of common everyday practices.
Small groups of individuals were, however, aware of the deterioration of the planet’s health around them and began to take steps to inform the public.
One of the first activists that raised awareness about preserving the planet was Rachel Carson, who in her book “Silent Spring” (1962) denounced the adverse environmental effects caused by the indiscriminate use of pesticides.
The devastating oil spill in Santa Barbara, California, in 1969, represented the final straw which forced the federal government to take action towards safer industrial practices.

Each year, the Earth Day Network (EDN) announces its theme for the coming year after Earth Day. The 2021 edition’s theme is “Restore Our Earth” and it’s based on the emerging concept that rejects the idea that our only options to save the planet are to mitigate or adapt to the impacts of climate change and other environmental damage. Scientists, non-governmental organizations, business, and governments worldwide now are looking at natural system processes and emerging green technologies to restore the world’s ecosystems and forests, conserve and rebuild soils, improve farming practices, restore wildlife populations and rid the world’s oceans of plastics.
The “Restore Our Earth” theme also ties directly to the COVID-19 pandemic, very likely originated in wildlife, spreading from human-to-wildlife interactions. Climate change, deforestation and other habitat destruction only increase humans’ contact with wildlife and risk of developing zoonosis.

Everyone of us has a role in fighting the climate crisis

To protect our home, we need governments, companies and citizens to work together.
Only a unified front can protect human and planetary health, against threats as large and destructive as climate change or coronavirus in the long run.
2021 represents a turning point as the United States has officially rejoined the Paris Climate Agreement and president Biden will hold a climate summit on April 22, Earth Day, where he will reveal to the global leadership America’s goals for reducing carbon emissions by 2030.
President Biden has also declared that the U.S will be working together with the United Kingdom and other nations around the world to make COP26 a success.
COP (officially known as the Conference of the Parties), is the most significant global climate change event to take place each year. It’s where countries come together and decide what they’re going to do to tackle climate change and how they’re going to coordinate global climate action. It is also core to making sure the Paris Agreement is implemented.
COP26 will take place in Glasgow this November and in this occasion presidents and prime ministers from around the world will report the progresses they’ve made in terms of climate positive actions since the Paris Agreement was signed and, hopefully, there will be some new decisions on how to cut carbon emissions.

In recent years, there has been growing attention to topics related to the environment and human rights, driving a radical change in the investment market.
Businesses are asked to take charge of their impact on the world, and to make it as positive as possible – arriving at the point that investors are evaluating organizations not only based on financial performance, but also considering non-financial factors and how the organization itself is managing the related risks and opportunities.
Considering this, it’s increasingly important for companies to incorporate ESG (Environmental, Social and Governance) matters into their strategy, in order to gain benefits such as a positive impact on the environment and increase both market trust and revenues.
Today, ESG investing is estimated at over $20 trillion in AUM and many investors recognize that ESG transparency about corporations is vital to understand corporate purpose, strategy and management quality.

Join us in our annual Earth Day roundtable discussion to find out how corporates have included sustainability in their business strategy and which actions they are taking to reduce their impact on the environment. REGISTER HERE! 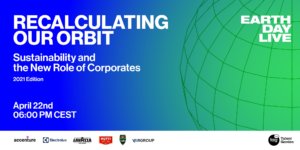 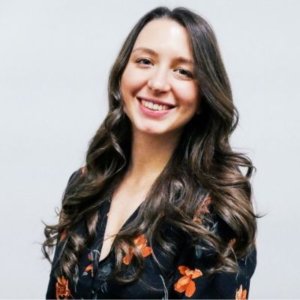