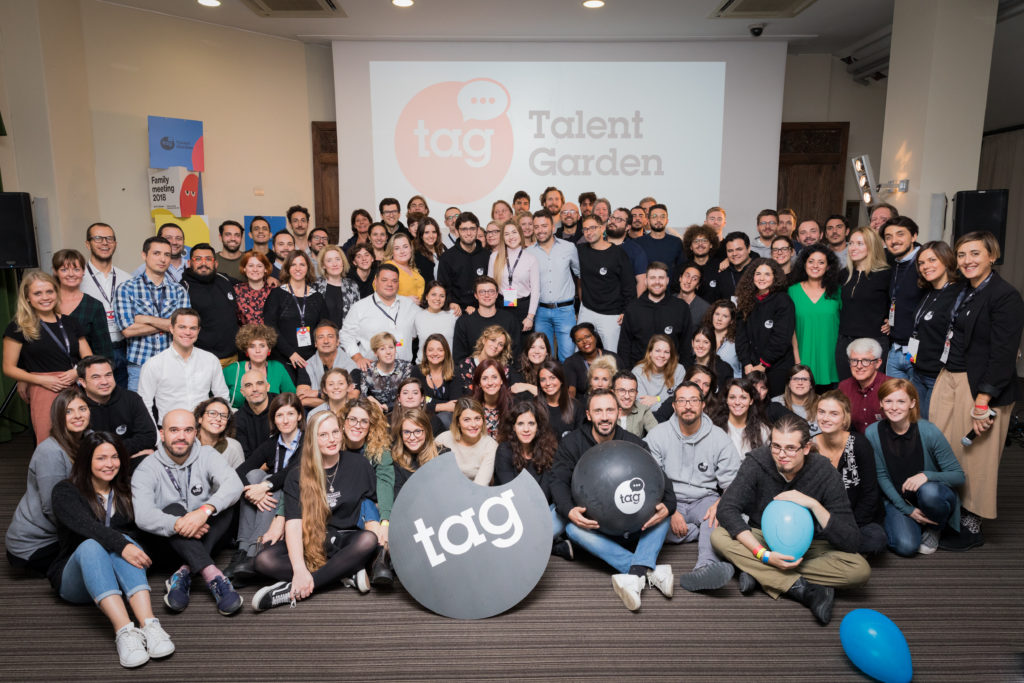 Talent Garden is proud to announce the completion of 44 million euro round of financing. This is a major milestone for all the Talent Garden team and will go towards the continuous growth and global expansion of the company.

Read more in the press release.
**
Talent Garden announces a € 44M round of financing from TIP, Social Capital, Indaco Ventures and primarily European family offices. This round will give Talent Garden a strong foundation for the European growth already undertaken in recent years. While WeWork or General Assembly are focusing on America and major European cities, Talent Garden is bringing coworking and education to places like Spain, Italy, Denmark, Austria and many more European countries with the strong belief that Innovation doesn’t only grow in San Francisco or London.

The current round was made possible by investments from TIP, Social Capital and Indaco Ventures as well as some of the major Family Offices in Europe.
Talent Garden was born as a coworking network in 2011, now a booming trillion dollar market opportunity. In 2015 the company expanded its scope of activities to answer the pains of the future of work and created a unique model of innovative education and networking events (with the company licensee SingularityU Summit brand across Italy, Spain and Switzerland).

While today there are plenty of coworking space providers in the global market, present in only a few major cities in Europe, Talent Garden is putting its main focus on creating impact in growing tech ecosystems found in – non-tech capitals, that are the second or third largest cities in each country.

Talent Garden is currently present and operating across 8 different countries in 23 active campuses while the Talent Garden Innovation School is active in 5 of these countries.
Driven by its mission to create vibrant local platforms and communities for the tech ecosystems while connecting them globally, Talent Garden has a plan to open 20 additional international coworking campuses within the next 5 years. In addition, the scope of the Innovation School will grow in new areas of digital training and big summit organisation, mixing coworking, education and big events to create a unique model that will accelerate the “second tech European ecosystems” outside of the major cities such as London, Paris and Berlin.

Talent Garden’s continuous expansion around Europe will have a particular focus on Spain with the opening of two new campuses in Madrid and Barcelona in addition to the first opening in France, planned for late 2019. These new campuses will be an addition to the 10 existing Italian campuses as well as the one recently opened in Austria. As a reminder, during 2018, Talent Garden opened a new campus in Dublin as part of a strategic partnership with Dublin City University and also created a joint venture with Rainmaking Loft in Denmark, adding three locations to Talent Garden in Copenhagen while scouting for additional locations across Scandinavia and Nordic Countries.

This new round will also boost the company’s growth into new markets. Currently, Talent Garden is working on creating new opportunities in Germany, Israel, Benelux and the CEE region. Talent Garden is also working on a special campus project in San Francisco planned to be launched in 2020. These efforts will help bridge and promote our European community with the strongest global tech ecosystems.

Differently than most of the vertical competitors, to co-create and deliver the best value in every market, Talent Garden is working with the most influential local partners – corporates, institutions, entrepreneurs and other innovation ecosystem stakeholders such as Google for Startups, Cisco, Startup300, Rainmaking, Mini, Raiffeisen Bank International, Dublin City University and more than 150 prominent corporations across Europe.